The Next Gig (Album Review)

Women of Substance in Music (Podcast)

Born into a musical family, multi-instrumentalist and visual artist Heather Taylor is creative to her core. Classically trained at The Crane School of Music, the Asheville, NC resident embraces the gritty soul of folk music. Accompanied by her octave mandolin and flute, Taylor draws elements of blues, Americana, roots and rock into her songwriting.

After graduating from The Crane School of Music, Taylor’s musical path appeared to unravel. To remedy her indecisive future, she traveled to Ireland where she found an Irish flute in a Dublin music shop — and serendipitously began playing the instrument in venues across Ireland and Scotland. Upon returning to the States with her musical fire reignited, Taylor experimented with new forms of musical expression. She began singing, playing mandolin and writing songs —  ultimately becoming an Americana force in her hometown of Rochester, NY as lead singer of The Crawdiddies.

Shortly after moving to Asheville, Taylor won the Brown Bag Songwriting Competition in 2017 and is now an emerging singer-songwriter in the Western North Carolina music scene. Her most recent record,  Undercurrents was recorded at Echo Mountain Recording Studio with slide guitarist Sean Jerome and was released to a sold out room in August 2018.

Taylor’s recent accolades include her win as Mountain Xpress readers’ second favorite local lyricist in the 2019 Best Of WNC survey, a solo debut at the international Fall LEAF Festival at Lake Eden, and her a tour as a part of the NC Songsmiths collective.

Heather is currently and actively working towards releasing original tunes and monthly cover songs to her patrons through Patreon. 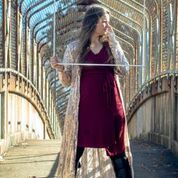 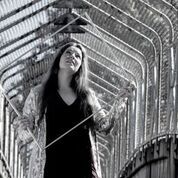 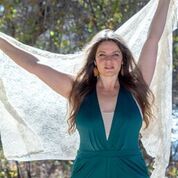 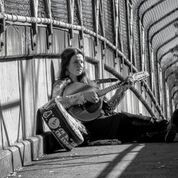 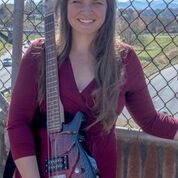 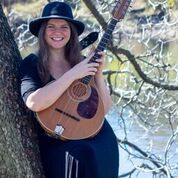 “Taylor's voice is warm and golden...It's so passionate that it smacks everyone within hearing distance to attention. ”